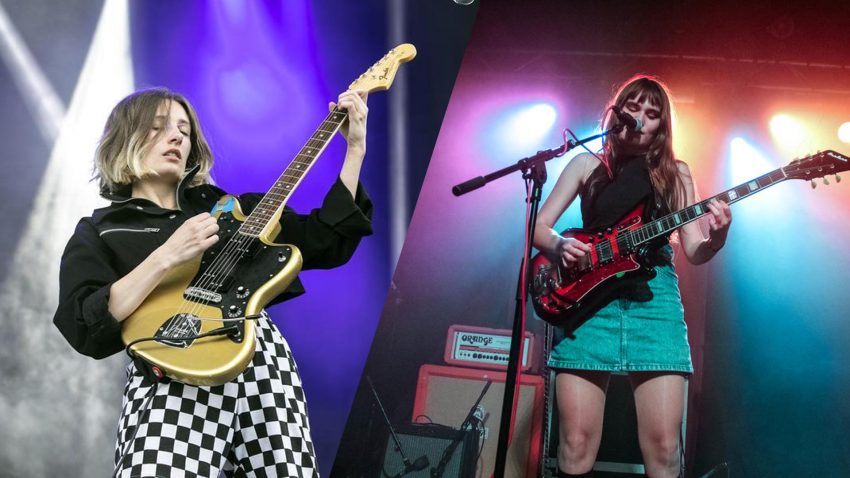 I grew up around music. My dad played keys and sax in bands in Chicago, bringing me along whenever clubs thought it wasn’t a big deal to have a ten year old bouncing around on the side of the stage. I started playing pretty early on, moving from flute to sax to bassoon before falling in love with a purple Washburn bass while accompanying my dad on one of his frequent trips to Guitar Center. Back when it was still nestled unassumingly on Clark Street just north of Belmont, in the storefront that would eventually house the massive novelty shop that sold me black t-shirts and edgy pinback buttons with pentagrams on them the year I dropped out of high school.

He bought me the bass and showed me “The Heart of Saturday Night” by Tom Waits and taught me a little bit about walking lines, what the strings were called, where the notes were on the frets. He got me private lessons. And I got pretty good. Thanks to a ton of privilege and my dad’s connections, I recorded my first album at 17. (No, you can’t hear it.)

That album and so much of the music I created was folky, poppy, gentle singer-songwriter stuff. It was the norm for young women in the ’90s and early ’00s. In fact, I might argue that it was all we were really allowed to do. It was the era of Lilith Fair versus Warped Tour with very few exceptions. If you wanted a female role model, your choices were Sarah McLachlan or Courtney Love. I chose Sarah, but I wanted Courtney’s sound.

There was no Spotify or YouTube, and those clubs my dad snuck me into at ten looked less fondly at a 15 year old who had discovered how fun drinking was. Options for musical exposure were limited. Everything we heard came from the radio, or MTV if you were lucky enough to have a rich friend with cable. I loved Eve 6 and Everclear, I loved KISS and AC/DC; I wanted to make crunchy, angsty music. But women just didn’t do that. We made folk, we made R&B. When women tried to make rock music, they turned it into commercial pop. Women were expected to belt our independence or sing arias about the men that left us. You were Aaliyah or you were Avril. Joni or Janis. I was none of those.

I stopped singing my own material in my early 20s. My voice just didn’t fit in. It was folky but everything I wrote was too sarcastic or dark to suit the genre. A reviewer once said that my “angelic potty mouth” got tiring. It was easier to blend with someone else’s voice than to find my own. It just made sense, since backing vocals came naturally as a bass player. And I genuinely enjoyed being a supporting player behind other talented artists. Without having to sing lead, I was able to branch out and play in so many more genres, from glam to soul to hard rock.

In my 30s, I gave music a rest for about five years. I was tired of tour life, tired of being broke all the time, tired of getting drunk every night because the club only pays in PBR. I got married and changed careers and it just seemed like a good point to give up the ghost. I hadn’t written anything in a long time and I just didn’t feel the call anymore.

Until I started playing guitar. I only knew cowboy chords and kind of how to make a bar chord, but writing came easy on guitar. It felt fresh. I messaged some demos to my good friend and bandmate (and an epically talented guitarist) who didn’t want to let me get away with quitting music. He told me to come into the studio, where he shoved a black Eastwood guitar into my hands and cranked up the reverb on an amp. It was a lot different than riffing on sloppy acoustic chords in my living room. It felt right. And it became a regular event. My spouse and I would hang out in his studio, making music and laughing our asses off until the wee hours of the morning. I finally started singing again. Then he died.

The first show in over a decade where I sang my own songs happened at his celebration of life.

That was four years ago. I still really, really suck at guitar. I’m practicing, and I’m getting better. It feels like starting over. But it’s different this time. Because this time, people that look like me are playing the music that I love. Music that I identify with. Music that makes me feel more than just vulnerable. Women are front and center and they are angry, passionate, excited, neurotic, hungry, rageful, aggressive, and fucking talented. Women like Leah Wellbaum of Slothrust and Jess Allanicová of Calva Louise, the two powerhouse musicians that blew the roof off 3rd & Lindlsey last night.

I was damn near tearful with joy during the show. I screamed lyrics I most definitely got wrong and danced around like a nut job and stepped on some poor guy’s foot a few times (sorry, man!) and probably yelled “fuck yeah” too loud too many times being that the show was broadcast live on the radio. It wasn’t just that the music was fantastic and exquisitely performed. It was that in this weird, purgatory-esque phase of musicianship where I understand the band but not quite the instrument (yet), I got to feel like I was starting over from scratch with actual human women musicians to idolize and learn from for the first time.

And I can only imagine how important that is for all the young women out there making screaming rock and roll their own way—the way I wanted to when I was just starting out.

1 thought on “I bought my first guitar amp this week, and then I saw Slothrust and Calva Louise”